Wannabe with an amputee

Forum rules
Communication only in English!!!
Messages in other languages will be deleted!!!
Post Reply
First unread post • Messages: 44

No! No! and No! Never in all time did not have such imagination! Both desire! For me in the first place all the same psycho-emotional component, and mainly it is that one would be stronger than the other, and if both the amputee, then again, healthy again - that there is not. Anyway, even it was disgusting :no: .

One day I cut my self the four fingers on my left hand, but I prefer to find a doctor to do this, in a safe way 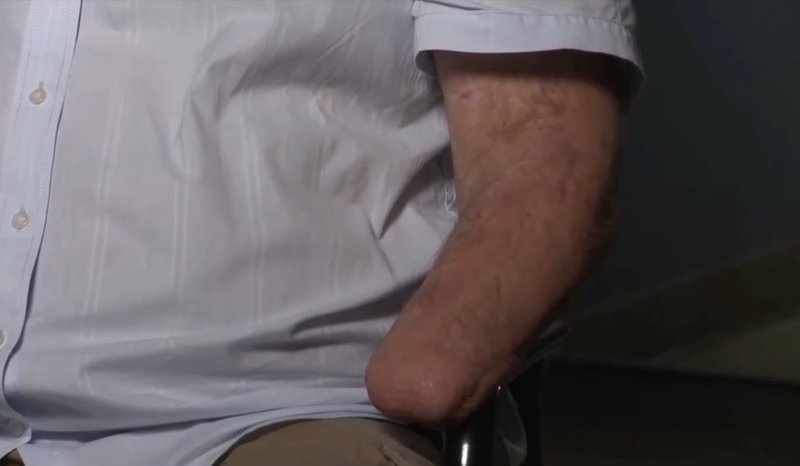 Look nice but I prefer also index and middle fingers shorter, only one phalanx to all of them

I used to pretend a few years ago, when I was in my 20's. I started pretending to have one leg and used a wheelchair in a small northern English town not far from where I live (but far away enough not to be known). As my knowledge on the subject progressed so did the fascination. I eventually bought a chair. Not top of the range but reasonably lightweight, however , I couldn't just bend my knee and tuck it 8nto my jeans any more. It didn't look right so I tried a different approach. I cut the seat of the wheelchair and attached a plain black bag underneath the seat (tightly) so the I could just about get my leg inside and under the seat. I'd roll up a hand towel and put it inside the leg of my jeans to give me a really short RAK stump and then go wheeling around the city. After a while I decided my left leg was crippled as well and took the foot rest of the wheelchair. I never wore a shoe on my remaining foot and just let it dangle as I rolled around town. I made friends with a few people and enjoyed being able to do pretty much everything independently. If anyone asked about my situation I used to tell them it was a accident I'd had as a teenager. On occasions when I knew I'd have to get out of the chair I'd pretend that I had a cosmetic false leg that I would be wearing on those occasions. One girl was very keen on using my wheelchair while i wasn't in it and she even asked if she could go to the shop in it. I said yes and she even tucked her legs under her skirt to prod7ce a very realistic double knee disarticulation yup of look. She was really pretty too. If I can find the photos I will post them on here. Just my two cents, don't care if people agree or disagree with this. I accept who I am as does my wife. Much love

MB150, In such a radical pretending, I was always frightened by such a hypothetical situation that suddenly something will happen and you will fall out of the wheelchair or, if you go on crutches, you will simply fall, and then everyone will find out that this is not a real amputation and you will become a general laughingstock.

I have been pretending since I was about 12 years old. I don't know why it began but I remember that the feeling and look of being one legged made me very sexually excited. I do not claim to have BIID (but I often think that if I lost a leg I would quite like it) I pretend because I get a sexual thrill out of it and that increased when I started to pretend in public. I always pretend to be a LAK (or rather a left through knee) I use wooden underarm crutches as I prefer them but I also have a pair of elbow crutches. I like to loosely fold the empty trouser leg and pin it at the side of my 'stump' and crutch out in the street so ladies see me as that really turns me on.
I have had many lovely chats and experiences with ladies while one legged As i am getting older strapping and binding my leg is getting more difficult and although I can stand and crutch with one leg folded for hours, sitting is becoming more painful. I have tried a wheelchair with a cushion but it did not have the enjoyment of having one single leg between a pair of crutches.

Desperate to hear from other pretenders, not wannabes with BIID but just those who find pretending to be one legged a fantastic sexual turn on.

Return to “The Wannabe and Pretenders”

Users browsing this forum: No registered users and 2 guests