Forum rules
Communication only in English!!!
Messages in other languages will be deleted!!!
Post Reply
First unread post • Messages: 11

In no way do I find myself disabled. Just different. I was born a twin missing my right arm just below the elbow. The way my parents raised my sister and I we grew up living a completely normal life. 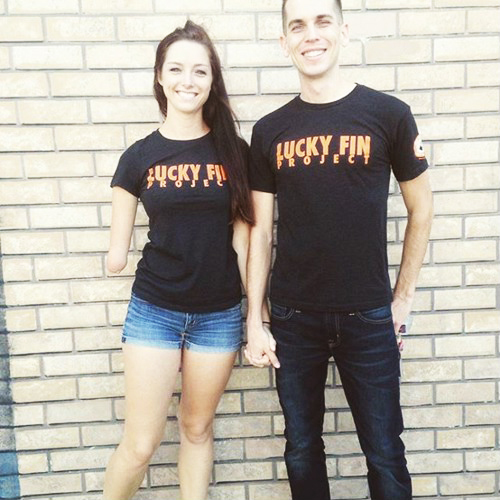 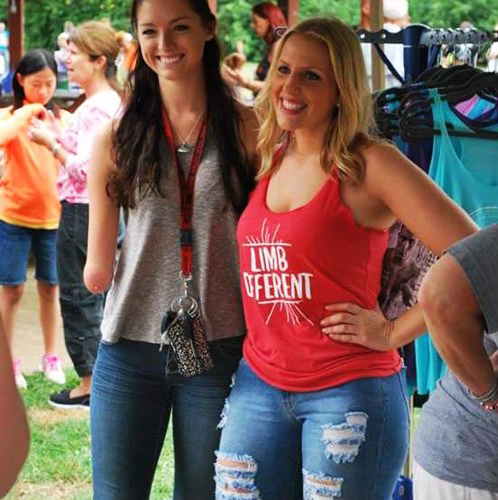 Or as normal as it gets when you live on a farm with 14 horses at any given time! I have worked with, taken care of and trained horses for as long as I can remember.
Growing up showing horses, competing against able bodied competitors, and winning multiple awards and championships I was never viewed as disabled by my friends and family. Now that I'm older and am working as a scuba diver at an Orlando aquarium I meet a lot of people from all over the world. 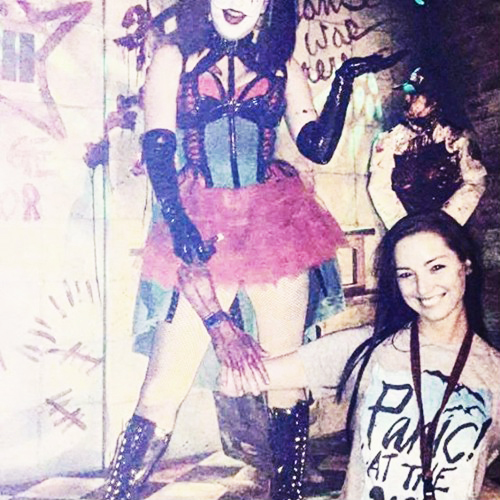 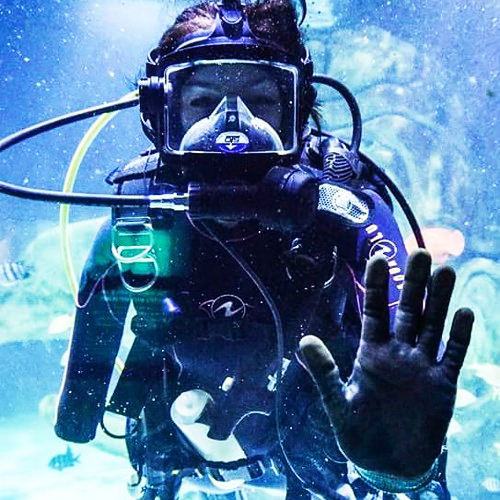 A very commonly asked question is "how have you been able to cope and do so many things with your disability?" And I usually direct the word to my "limb difference". To me growing up this way I have learned to adapt and let nothing stop me. Except maybe the monkey bars...

But whatever people tell me I can't do, I have a fire to prove them wrong. Aside from horseback riding I was a dancer for 7 years and competed at a national level. I also am scuba certified and love to dive and the ocean. I hope to one day be a motivational speaker for limb different children and adults and make a positive impact on my community and people around the world! 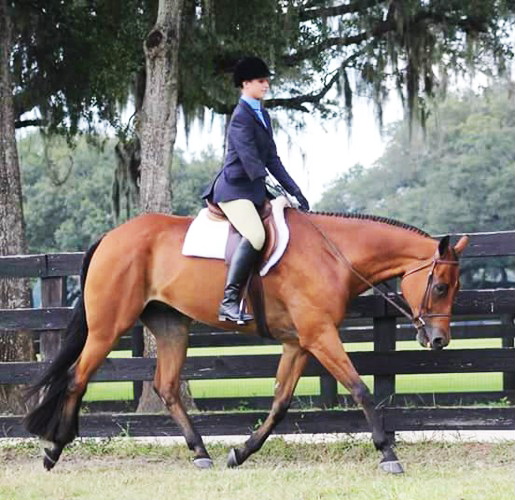 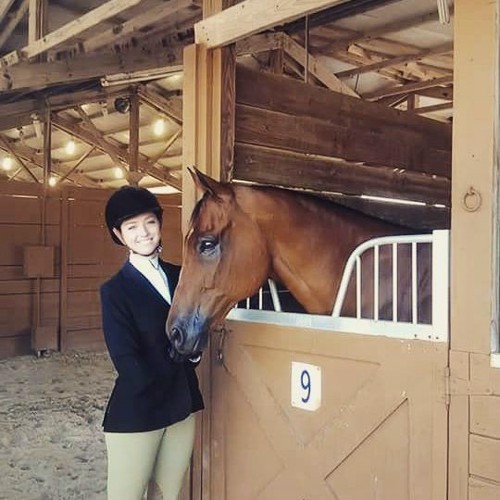 Eighteen year-old Ashley Sherman of Chuluota, Florida is one of the most impressive and inspirational individuals GoHorseShow has ever come across. While competing last week at the Novice East Championships in Murfreesboro, Tennessee, a trainer standing on the rail told us about Ashley. We would have never known that she was riding in the Novice Youth Hunter Under Saddle finals basically one-handed until someone pointed it out.

Sherman was born with her right arm ending just above the elbow. Her mother, Susan, believes that there may have been a blood clot while her daughter was in her womb that caused her right arm to not form properly. Sherman jokingly blames her twin sister, Autumn, who also shows, for being in her way in their mother’s stomach. 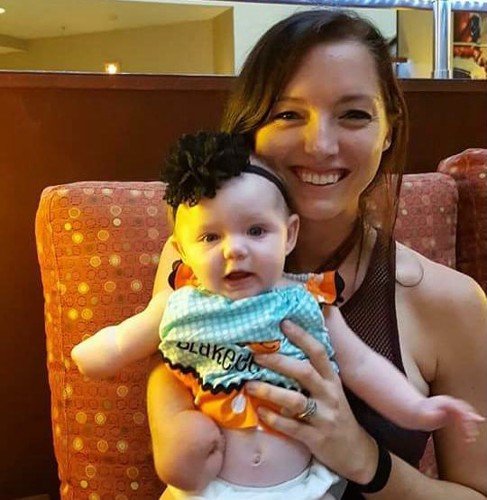 As we talked to several other riders at the show, it was clear that
Ashley had quickly become an inspiration to many. She doesn’t have the word, “Can’t” in her vocabulary and the phrases, “I can do it,” and “No
excuses,” have never rung so true. If a young rider can make the finals
at the Novice East Championships in the showmanship and hunter under
saddle and also compete in the jumping and equitation with one arm,
then, there is no reason why others cannot achieve their goals as well.

“The advice I have for people who feel like they can’t, is that you can,” Ashley states. “There is nothing standing in the way of you except you and if you put in enough time and dedication you can make anything happen. Don’t ever give up!” 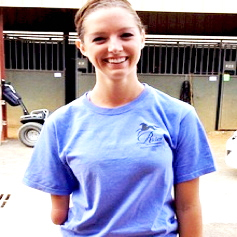 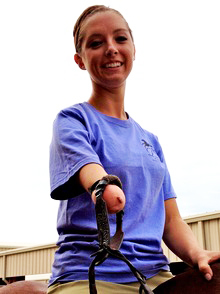 So, how is Ashley able to ride so competitively with basically just one hand? Well, this innovative rider has adapted her reins where she attaches them around the base of her right arm. She controls the reins by moving her right shoulder forward and back.

“The biggest challenge is in the equitation where I have to try and keep my shoulders even and together,” Ashley says, who is a freshman majoring in Equine Business at Central Florida and eventually wants to run her own barn. “I also had to adapt when I am jumping quite a bit. We changed the reins, so, I use one arm to jump and that way I have a better release, and I don’t pull on the horse’s mouth over the fence. So, the horses I ride are trained to go off my leg and stay under me without being all over the place.”

Ashley continues, “Since I was born this way, I was able to easily adapt to riding and doing everyday activities,” says Sherman who has a sense of humor about her arm. “Some people have nicknamed me Nemo and I am a part of the Halloween Horror Nights at Universal Studios. I love to freak people out with my arm,” Ashley says laughing.

Ashley and Lujen have mainly shown 4-H, and the Novice Championships was their first introduction to showing at a higher level at AQHA Shows. Ashley and Lujen made the finals in both the hunter under saddle and showmanship and beat out over 100 other exhibitors in both classes to make the finals. They receive help from Price Morgan of Williston, Florida and her mother who owns and runs a boarding barn.
Sherman credits her family, friends, and horses for helping her get to where she is today. 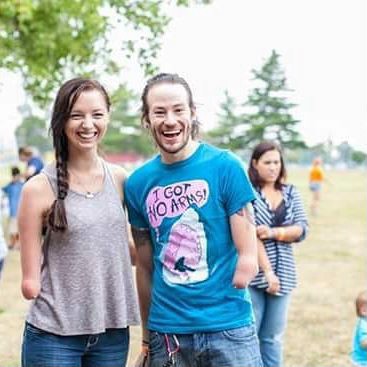 “Learning good sportsmanship is very important to a person’s character. I love showing AQHA and the Novice Championships was so much fun. Everyone there was really supportive of each other and treated people like family,” Ashley states. “What I like about showing is the constant reminder that there is always something more you can achieve, and the friends I’ve made in the show ring makes it all worthwhile.”

September 5th 2018.
On this day I married the love of my life. I always dreamed as a little girl not about a huge wedding or what dress I was going to wear to it, I always just dreamed about being in love. Truly in love enough to get married to a person. James is the person I always dreamed of.
From the first time we interacted even online I had a feeling in my heart that I knew how we would end up.
James and I will be celebrating our marriage with a huge celebration with family and friends on January 20th. This is a huge chapter in my life that I can't wait to begin.
@facebook 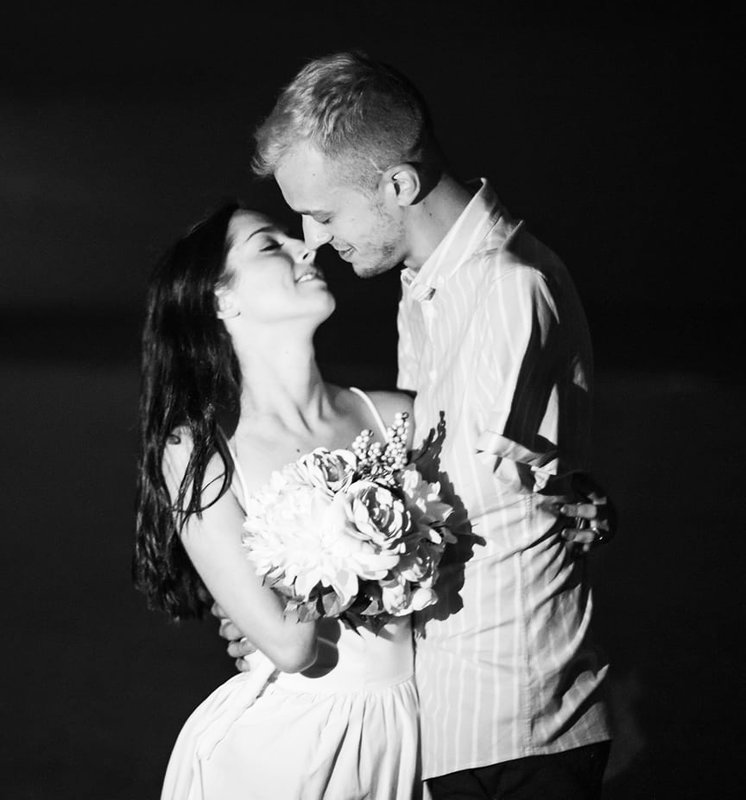 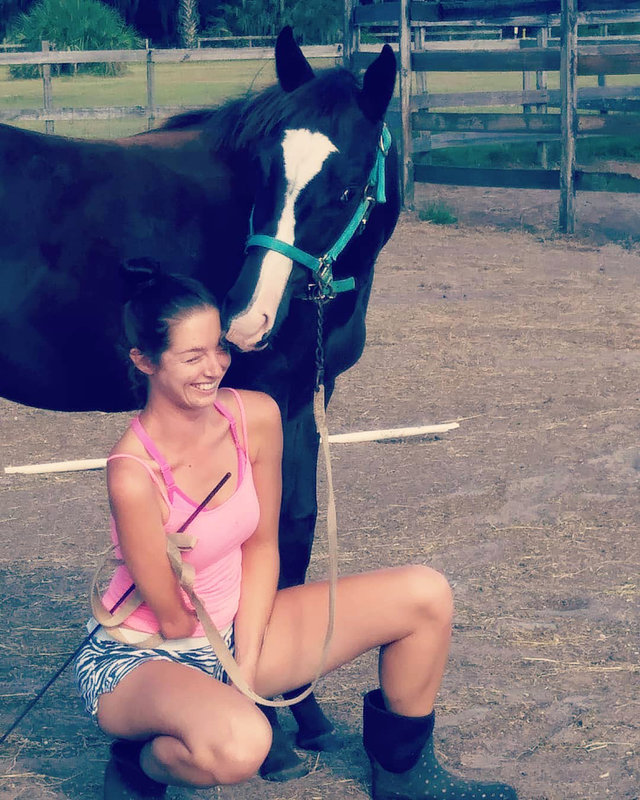 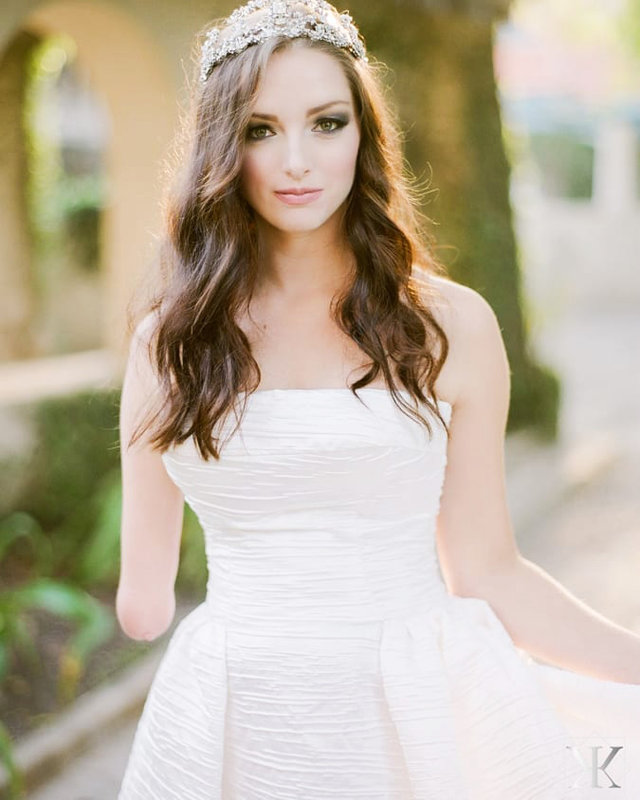