Where do I find Ampix magazine?

Forum rules
Communication only in English!!!
Messages in other languages will be deleted!!!
Post Reply
First unread post • Messages: 18

Where do I find Ampix magazine?

Greetings!
As I remember, before closing Ampix, Mike Rounds (the creator of the agency) had his own website, or it was Ampix's. Now, as I can't find it, I think, it's shut down or hidden. Literally the best that anyone can ever do to me is tk giving the link to Ampix magazines or the site where it's been placed. I'd be so glad to see the old issues!

There never was an Ampix magazine. Ampix was an outfit (not a firm, not a company, not a partnership -- just an outfit) that sold 3 x 5 inch monochrome and/or colour prints of photos of amputee women. It had annually updated catalogues which weren't ilustrated in any way. In its last years, up until the early Noughties, Ampix also ran a website. Again, this was not illustrated in anyway and had no online order capabilities -- it was just an online copy of the catalogue. Ampix' photographs were mostly timid affairs taken by husbands and boyfriends, but filled a gaping hole in their time. I have heard of several other informal and/or commercial photograph exchanges going back to the Interwar period, but each was either very short-lived, or fraudulent, or ineffectual, or all of these.

As magazines for devotees go, there were three (at least as I recall), all originating in the USA.

First came Amputee Life (I might have got the title wrong), which came in a single issue some time in the late 1970s. It was a cartoon with a glossy colour cover and monochrome insides on plain newsprint. Plans to publish further issues came to nought.

Second came Venus Today (named after Venus de Milo who is missing her arms). This published quite a few quarterly (or was it monthly? Or bi-monthly? Or a mix of all?) issues starting in about 1984 and ending in about 1987. It was a monochrome affair printed on glossy stock, each issue having 16 pages (magazine paginations are always divisible by 8, and I remember there being more than 8, but far fewer than 32).

Third came Fascination. This was a quarterly frequency journal which lasted between about 1984 and the mid/late 1997. It was cheaply flowline printed on office stock and usually carried a 3 x 5 in colour photograph of a lady. Fascination had easily the most content of the three -- about 60-70 pages an issue, with a huge lot of giftless, badly illustrated fiction. It was also most influential in that it ran so-called conferences (amp and dev social gatherings, in fact) at around the summer solstice in Chicago.

I should repeat that this is my take on things, I have heard of other earlier magazines/journals, but have never clapped my eyes on any of them.

skippiebg, really? Thanks a lot, wasn't informed before. By the way, do you know who had organised the gatherings for Fascination? Was it Sue Abbott or someone else? If you know, please let me know too. Thanks in advance!

Mongmong wrote: ↑
24 Aug 2019, 17:57
skippiebg, really? Thanks a lot, wasn't informed before. By the way, do you know who had organised the gatherings for Fascination? Was it Sue Abbott or someone else? If you know, please let me know too. Thanks in advance!

This was Bette Hagglund, but she died long time ago (at least 10 years), more than 80 years old.

skippiebg, I think the correct name of "Amputee Life" was "Amputee Times" and there were 2 issues, but maybe this is not the same.

Thanks a lot for sharing all your interesting historical knowledge! But is there anyone who is willing and able to share content of these early magazines?

I do not know if this is welcome here and how to manage. There is a lot in my collection - everything scanned ( jpg , gif , txt or doc ).
Here the covers of 'Amputee Times': 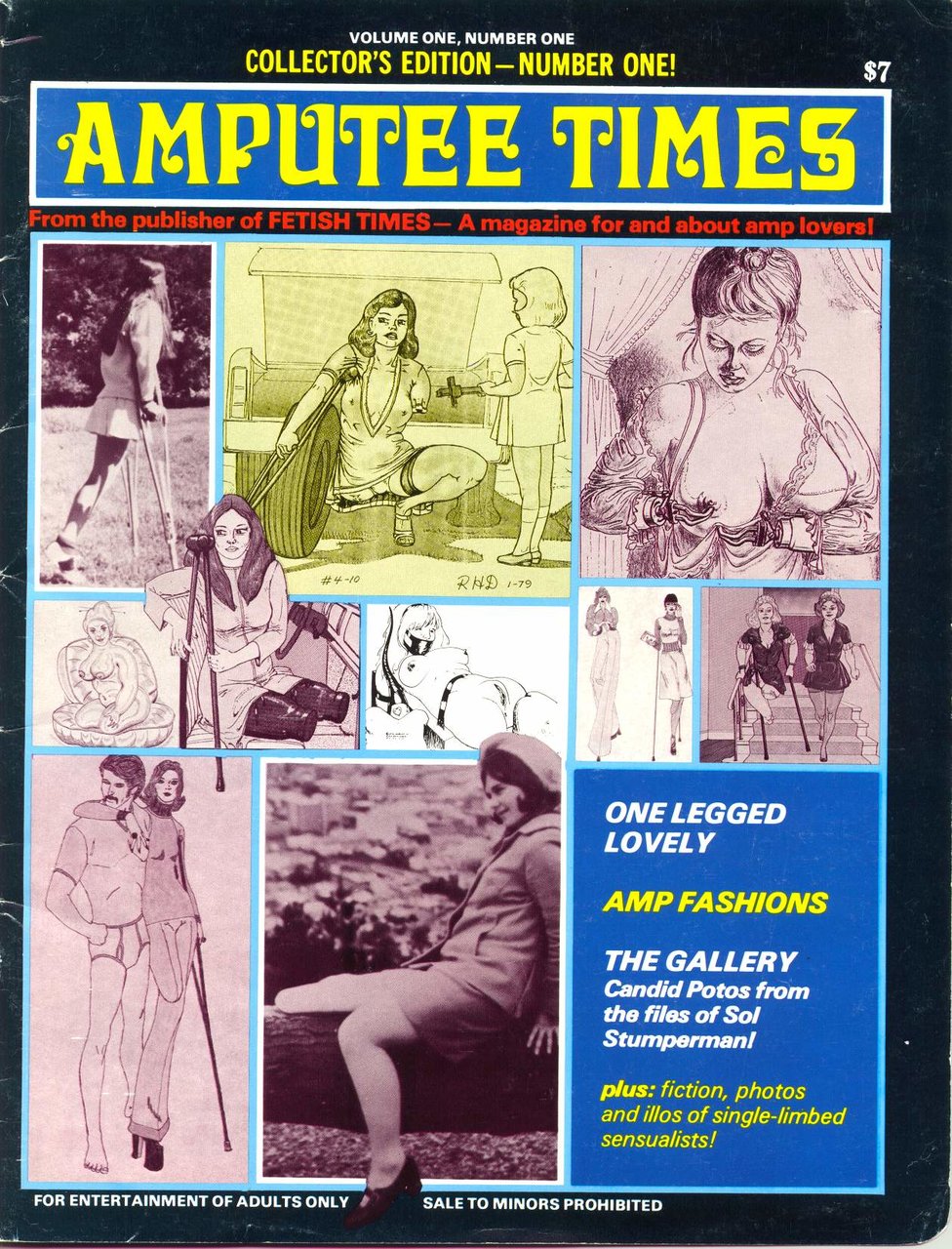 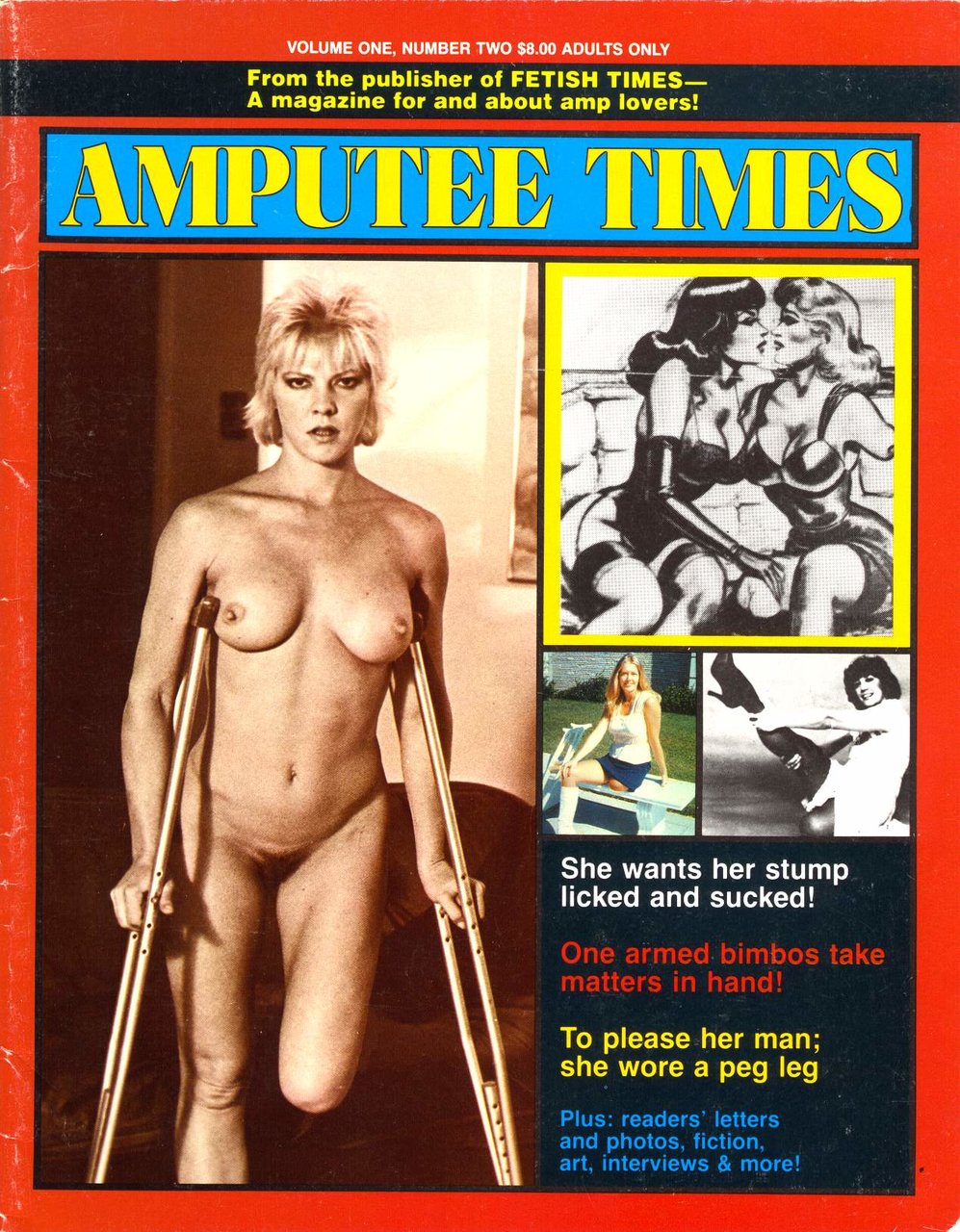 
I think it will be wellcome!

uji, thanks for the trip down Memory Lane. Hopefully those who don't remember the Dark (before internet) Ages, will now appreciate how good we have it nowadays.